Many of the social media platforms like Twitter, Instagram, and Facebook are still useful media. And business networks like LinkedIn are very powerful, if you know how to use the tools effectively. Are you experiencing “APP Overload?” Confused what is the best platform to use in your pr marketing strategies campaign? You’re not alone. 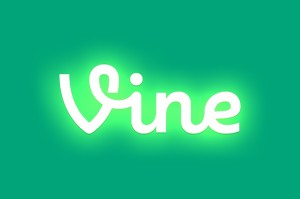 It hasn’t been 2 years since marketers and advertisers were finally understanding how to use them in social media marketing, and now we need to learn all over again how to reach targeted customers. Let me explain. These social media platforms I mentioned are continually expanding their capabilities to be more productive. One in particular is Twitter. Two years ago they created a new app called Vine. The purpose of Vine was to give marketers, like Coco Cola, Dunkin’ Donuts, Target and publicity firms a way to post short videos (6 seconds in length). It was great for the first 18 months. Then competition from other platforms like Instagram, Facebook, and YouTube created their versions of short video formats marketers could use. But not all is lost. Still today, Vine has about 4% of all videos posted. This can be an effective platform for PR Clients when combined with others.

Allison Stern, founder at Tubular Labs commented about the decline-using Vine saying, “I assume that brands are having this platform fatigue”. I think that best describes what is currently happening with this app overload.

If you want to post something that is happening now, then you need to look at Periscope. That’s another Twitter app, which has become popular because it is a live video streaming app. They have a few cool features. When you tap the video (screen) it sends little “hearts” across the screen. It is their way of acknowledging, “likes” to compete with Facebook. Originally Periscope was developed in 2014 by another company and named it Bounty. Then in February 2015 Twitter saw the value and purchased the app, renamed it Periscope. To understand how fast this app became a hit, in less than 6 months of its release, Periscope had 10 million accounts.

So before you abandon any of your social media apps, just keep posting videos on all platforms, and write short Tweets, blogs and keep your brand in front of customers through all the different social media platforms, today and whatever develops tomorrow. Need help getting your social media campaign going, if so, call George Carson at 949-477-9400.