PR Clients can get bad Publicity, or Good Publicity. Which one is best for your company’s public relations?

To get a better understanding, you need to first know how to react to publicity exposure. Whether you are the pr client who is getting bad publicity, or good publicity, you must have a plan that has positive reactions. Being prepared to answer questions is critical in any pr campaign. Keeping personal feeling aside, and keeping a clear focus on business can alter how the media perceives you, which in turn will be how the consumer reacts to your name. Your response can increase your branding position if handled properly.

Let’s get into the good and bad of publicity. For example, Mattel received a lot of media exposure for their toys that were made in 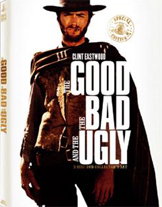 China using lead paint. An article in the New York Times describe the situation. As much as this was negative publicity for that pr client, they took too long to respond. In addition, the CEO chose to not accept that Mattel should take responsibility for their non-involvement of the Chinese manufacturer. A positive note would have been to address the issue quickly by mentioning that it is difficult for US companies to keep a strong control over companies in China that you contract to manufacture products. It is known that this country is still in a competitive situation and will switch to cheaper materials even after you contract with them. The lead paint was probably what the manufacturer in China selected after the agreement, because they (the Chinese company) could make a few cents more per toy.

Is this Mattel’s problem? Yes, they should do a check more often of their products. Why? Because the US standards are more rigid and they (Mattel) should become more active with offshore manufacturers. On a positive note, Mattel was quick to provide consumer web sites, and recall centers to avoid any harm to children. That was a positive move. So I ask, was the negative publicity good or bad for Mattel?

Ok, let’s move to Countrywide. As you know, they have been hit hard with the sub-prime loans going “south” in the housing market. Was the publicity bad? Of course. Did it hurt the company? Yes. Is it as forgiven as Mattel’s negative publicity, NO! Why? Because Countrywide had complete control and knew exactly what they were doing and the CEO knew the condition of the market and how they (being the largest in that industry) were actually controlling its outcome. Countrywide within the industry is known to do these poor loans in the past, so it is no surprise by inside industry people and companies. But did Countrywide respond correctly. NO again. They ignored the problem and hoped to be bailed out. That is exactly what B of A and Citibank are doing. Saving their butts. Yet, the CEO, the top executives are all getting their big paychecks, and enjoying life without caring what they have created in the housing market. The company refuses to admit to all the wrong doings, and blame people for the slump. But it is these companies, like Countrywide and all the others who cause the problem, not those who got loans that really should not have been granted loans.

Now you decide, is the publicity and handling the reaction to the negative publicity good or bad for Countrywide. My guess, it is bad. Few will want to do business with them, unlike Mattel; people will forgive them and buy their toys in the near future.