Yes, even the “big” dominant media like Google recognize when it’s time to let go.
Hard to believe that it was only 7 years ago when Google decided to challenge all the social networking sites by launching its Google+.

If you are still active with Google+ you will have a few months to make your last postings before the social network is closed down. Google claims it will close in August 2019, but to be safe, I recommend quitting sooner than later.

So why did this giant company decide to call it quits? Several reasons. For one, Google+ had issues with its privacy bug. Hundreds of thousands of users had their data exposed to third-party developers back in March. But like Facebook, Google would not report the problem immediately because they didn’t want to bring attention to any regulatory scrutiny that could damage their reputation.

If you want to believe Google’s reason, they saw a big drop in usage and engagement, saying, and I quote “90 percent of Google+ user sessions are less than five seconds”. Yeah, that’s another good reason!

From various sources I’ve read, it is safe to say that Google+ and +1 buttons will have no impact on rankings going forward. I hope that means Google Search will no longer look to see if your business was an active user and we can finally be ranked by our social networking, postings, podcasts, backlinks, etc.

Another reason you should feel ok, Google has admitted that today they do not use personalization in search. What that says is Google+ would show your personal assets, photos, emails, etc. that were based on your Google+ account directly in the search results. If you recall, Google suggested that searchers take their social conversations to Google+. It was a way Google was trying to drive more conversations to their social network. 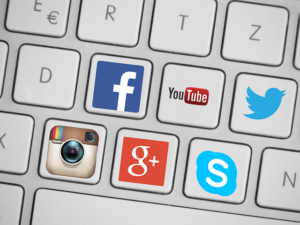 With all the pressure Google put on social network users to post on their network, the more people rejected being told they had to do this or their rankings could be affected. Some businesses caved in, others chose to not be bullied. Another example you might remember. Google My Business. That name was replaced by Google Places, which later was replaced by Google+. Do you see how Google was trying to manipulate us?

Maybe this should be a lesson that all businesses can learn from. Don’t force something to work when the market isn’t buying your product or service. Look around and see how to better serve customers than make them want what you offer.

Get a “Tune-Up” of your social networks to see how they can be more effective for your business. Give George Carson a call.