Update news. I’ll keep this short, as there isn’t much to say after I make my statement. 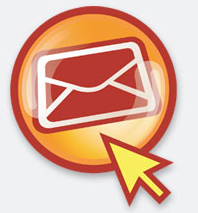 It was just over a year ago when I wrote about Google’s introduction of their WAVE concept. At the time, it was going to change how email and social media is used by business and consumers. The article I wrote titled: Is your PR  Marketing Strategy ready for the next “WAVE” was written in May 2009. Today, Google announced it was canceling the program by the end of this year.

Seems that even the people with all the money just can’t demand to change things if people are not willing to accept it. A lesson I hope was learned by Google. So what then happens to all these followers who jumped in? They will just have to go back to the old fashioned email programs that they have been using for the last 15 years.

So if you are a pr marketing person, or a pr client who thought this would change how we communicate, dust off that old email account and get back to business.

Everyone could use help when looking for a job, especially knowing how to be a good interviewer can make all the difference. That’s whay I am going to tell you about this great new product.

their softs skills. What are soft skills? Well, it now has become a very improtant issue when HR people interview a person. These are the skills that we are not taught in school. These are job readiness skills, things like how to communicate better, what to expect at your job, how to interview,  writing a business email (that doesn’t have happy faces or typing in all lower case), and a lot more great information.

Having these skills will help you find a job and the 30+ cards in the APP deck for Power Resumes and Interviewing is an excellent source. If want to make sure your soft skills are at the level you need, go visit the website. Better yet, go to the iTunes store and by a set of these cards today, it’s only 99 cents. This could be the best investment you make!

For those who want to really get the jump on your competition when looking for a job, be sure to see the demo of video lessons that get right to the core of the information without all the fluff. Contact at info@businesssoftskills.com to learn how to purchase these lessons. Good luck with your job hunting.

Is email part of you PR Marketing Strategy, or do you only use Social Media?

There have been a lot of discussions about the future and what role email will be playing. Some people, even the COO of Facebook, Sheryl Sandberg, thinks email is on its way out and people will rely on social media to communicate. This could be possible, but not in any near future. I doubt in my lifetime this will happen. As some writers said, like Chris Crum at WebPro News, all (most of them) social media requires an email to subscribe, or become a member. So that doesn’t sound like the system of social networks has or is ready to abolish email as the means to communicate.

We can only wait and see what new methods of communication develop over the next decade. Who knows, we may soon just think our thoughts and send them through brain waves. “Beam me up Scotty!”

Ok, enough said. This now brings me to the second part of this blog. How involved are your PR Clients with social media? Do you have a plan? Do you have a campaign in place? Writing one blog, or using twitter once or twice a week is not getting involved in social media. Social media can become a powerful marketing tool for any pr marketing strategy. If and when done correctly, results can be very positive. If you need to refresher course, just refer to some of my blogs that discuss “How to Use Linkedin to Increase Traffic“, or “Learn How to Use Social Media for PR Clients“. Or just click on the archive files to see many other related topics.

When you are ready to begin and implement a campaign, then give George Carson a call at 949-477-9400. It’s the social thing to do!

Get the most from all your media

departments separate. For example, let the IT people, or web people work with the publicity staff. If you source out any of these to a pr firm, or agency then have a meeting where they can discuss their projects and objectives and what plans are set for the future.

Maybe it is an eCommerce site, or an informative site to explain your services and products. Even if it is a B2B site, you need to break down the walls in your office (figuratively that is) as well as those in your mindset. The site needs to improve sales and visibility. Publicity can help if given the chance. Not all pr clients and professional publicity people can relate or understand how to make this work. Why, because everyone is caught up in doing business as usual, or old school thinking. The saying " don’t fix it if it isn’t broken" does not apply here.

I am trying to get you to think out of the box. There is a simple test to do for analyzing your web sites home page. Jamie Roche wrote an article telling people how to improve their home page visibly. After reading this you may say, well I don’t have an eCommerce site; we sell to distributors, or dealers, etc. You’re missing the point if you think like that.

It’s time to have this meeting I discussed with the PR department and IT department. Need help in trying to find how PR can make things happen for the web site? If you need help, then it’s time to bring in an outside pro. We can discuss this with you and show how to make things happen. I’m only a call away, or an email away. Just click on the Contac Us on the left of this page. And we’ll be right over.

Staying ahead of the competition

It is an on-going struggle to keep a business profitable. For that reason alone, you need to make sure

you have a plan that includes all the marketing tools and publicity programs available. Whether you are a publicity agency, a pr client, or a marketing company, you need to implement some of these suggestions:

These are just a few ideas that should help you get back on track. Communication is important. This is another reason why a publicity campaign should be part of your overall media mix.

I’ve mentioned Multi-Tasking earlier, but now I am going to tell you that unless pr clients and their public relations agencies are aware of the craze, you might fall behind in your market.

Let’s review the latest area of multi-tasking. Ever watch a teen at a computer? If not, this is a

typical teen. They are very much into the "Social Networking" scene. Just like we refer to the peer-to-peer, which is the technology that you receive an email from a business colleague or friend asking to join a "network", teens are into social networking. For example, many business people are probably involved in networks such as Plaxo, Soflow, or Linkin.

Teens have the ability to multitask while at the computer. They can be answering and speaking to someone in a "chat", while downloading music, and talking on their cell phone. This is nothing unusual to them.

Now that you know this, as a pr client, or as a marketing publicity company, you should focus on

this networking of teens. Make sure that social networking is part of your business-marketing plan. Obliviously, your company, or product needs to be something that would appeal to teens. This still works with adults, when you discover their networking patterns.

Since 1995, social networks have grown from the original site of Classmates.com to a wide array of sites that add up to over 200 social networks today. Even Google launched one in 2004 called orkut. And recently in March, Yahoo made the move of its own network called Yahoo 360. So don’t think this is going to fade out next year. Just like blogging was thought to be a short-lived fad, it has grown into a major marketing tool for businesses.