How do you make the 62nd California RV Show successful?

Being the 62nd annual show makes it a real challenge to get existing customers excited about something they have known about for this many years. And finding new customers isn’t easy.

First you need to understand the audience, what it is that will create their interest to attend the RV Show and what can you do to make it more of an event than just a typical RV show. After knowing these critical facts you

then build around these findings to create a successful California RV Show. It is important for the media and publicity teams to work together by exchanging information to develop a campaign that will have the greatest impact. The PR Client in this particular case is the RVIA (Recreational Vehicle Industry Association). Unlike other RV shows, this is produced by the manufacturers association, not the dealers. The RV dealers are represented by displaying the manufacturers new RVs for 2015. Interested customers can talk directly to the manufacturers representatives to learn about the RVs, while the purchasing must go through the dealers.

This year’s show had several challenges. Among them was the size: over 1200 new RVs with 21 dealers that counted for 800,000 sq ft of space. To create some excitement we wanted the customers to know more about 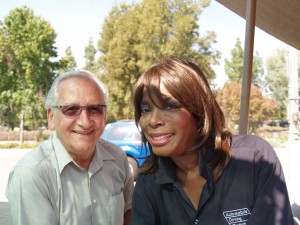 what to expect at the show to create the “desire” to attend. To do this we worked with Gayle Anderson at KTLA, channel 5. Her solid following of viewers and her personality to make things interesting gave the show the needed publicity exposure prior to the opening. We presented to Gayle what is different. Things like Genesis Supreme RV building a 19 foot Toy Hauler at the show, a slalom challenge by Airstream, retro RVs like Winnebago’s Brave, and how roomy a Mercedes Class B Van is with a murphy bed. The local publicity helped many RV companies create the interest among potential RV buyers as well as those who might not have considered RVing but now see how much fun it can be. 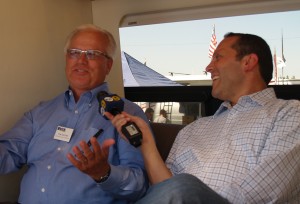 A few days later we had KCAL 9/CBS chief meteorologist Josh Rubenstein report the weather live from the California RV Show. Josh was great. He interviewed Tom Gaither, director of the show and many different manufacturers from Fleetwood, Leisure Travel Vans, to 5th wheel manufacturers. Josh even went inside a custom class A motor home built by Show Hauler. 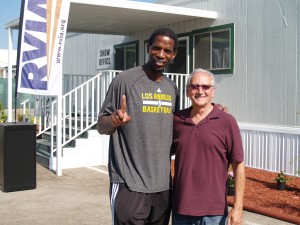 To give the show added enjoyment we had former baseball greats like Steve Garvey, Ron Cey, Chuck Finley and Randy Jones do a meet and greet sessions on different days. AC Green, former Lakers player, also known as Iron Man was there on Sunday to sign autographs with fans. And to rock the show, Bret Michaels the lead rock star in the band Poison gave the crowd a fun time signing his name on most anything his fans handed him.

This is one way to create a publicity campaign and make it successful.